Been a long time since I’ve done this thing and I thought this is the best time to do it. Before anything else, I would like to greet you belated happy valentines. I would be very interested to know how has your Valentines day went.

Anyways this whole February is a pretty exciting month and the blog has been doing well for the year. I’m also quite happy that I am managing my time well considering Im a graduating college student as well.

And now for the link love. One thing I’ve noticed is that most bloggers link to big bloggers in the industry for the great posts of the week. It’s not really wrong but I don’t find it useful. Why? Because more likely, your readers have already read that post considering they are well-known bloggers. So all in all there’s not much value to add. Anyhow for the top posts here we go:

Let’s start of with this good post from Deepak on why you should get on Facebook where he talked the benefits he has had. The beautiful Liane from BBB wrote a great analysis on creativity and why its a much game-changer. A funny post on worthy tips is about why employees should switch to Google Buzz. Fourth is from the one who I will call Mr.Comeback who has written a refreshing post about the whole make money online concept. Last is from the sister site of this blog w/c has tackled the simple secret why some people really seem to leverage Facebook and make some good money out of it.

Well actually there is really no announcement. I just find that if you do link-love, you have to have announcements as well. lols.

Anyways, in the next few days Im really going to put out some strong, useful content so stay tuned. I’m also planning to release something that is really going to add value here in this blog.

Lastly, if you haven’t done yet, please subscribe to my blog’s newsletter and receive your free copy of my eBook entitled “Blog Marketing for Fame“. Chill everyone!

Hi guys, another great week here in Melvin Blog and it means its time for another Link Love (words borrowed from Net Fool 🙂 ).

Before everything starts here. Let me remind everyone that there’s a small contest running here in MelvinBlog that would end at the end of this month. The contest has 12 great prizes up for grabs and there are 12 participants thus far. If the contest ends today, no doubt everyone is bound to win! Make sure to check it out.

So this week has been great as I can read a lot of blogs now because my summer vacation has started. A lot of great posts have been produced this week and here they are:

Shoemoney’s post discusses a very interesting topic which I think is a must read for all make money online blogger. Balkhis (or his wife?) puts up a nice post about how blogs and online presence could influence your life. My buddy Carl does a list of how a banner can totally suck someone’s eye. Tom from SOB writes a very realistic article about stuffs that are way more important than a blog and lastly Caroline gives her readers some tips on monetizing email lists.

Well in a seemingly fast pace of life, I just acquired an affiliate marketing blog. The former owner was a great friend of mine who happened to be real lazy in typing posts. Brim is a super affiliate and obviously who would want to exert more effort on something that would give lesser money? Just in case you don’t know, the blog is an affiliate marketing blog that focuses more on newbies trying to get off the ground and fly them to the outerspace. joking… Well I really like to domain name of it and now that I have it I am so excited. Because I was, I immediately replaced the generic ugly looking theme with the premium UBT theme and wrote the first post. I have also fetched some freelance writers to write for the blog since I couldn’t afford to write on two blogs with almost same topic. But anyway I would still love to have writers, so if you write about that certain topic you can mail me using my contact form with your rates and samples. If you feel it’s a nice blog, then feel free to subscribe to it. 🙂 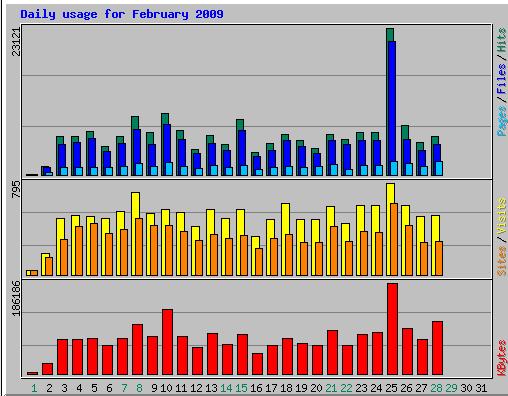 As you may notice, most medium cap bloggers within our niche seemed to be lackadaisical on posting nowadays. I was looking from this blog’s archive and was surprised it’s actually the same thing with this blog. 🙂

It’s not surprising though because most bloggers are either college students, or someone having a full time job so it’s easy to figure out they are busy with more important stuffs. Anyway here are some few news I’ve heard/read this past week.

Shoemoney and SEO Expert Disa Johnson’s conflict seemed to be reaching new heights. What appeared to be a done deal when Shoe actually followed what Disa requested, isn’t done after all. Disa feels pissed with the fact that Shoemoney’s blog post appears on Google for her name. Apparently Disa cared so much about her reputation and has now been doing a massive twitter campaign against Shoe. They feel pissed off against each other, didn’t they? 🙂

Desmond from Desmond Blog had just flipped his blogflippingformula site for close to $2000. It’s good to hear it considering a lot of people (I think) are doubting on Desmond’s ability to flip blogs and whether he’s genuine or not.

Pure Digital Technologies, makers of the ever so popular Flip Video Camera were selling their company and Cisco is said to be the most appealed buyer and that the price is “north of $500 million.” Founder and CEO Jonathan Kaplan is said to be taking around $80 million off the table personally. This hasn’t been confirmed. My prediction is Cisco could have it before June.

News from this blog

So I know a lot of people are eagerly waiting for the prizes they have won from my previous contest. I couldn’t contact some of the sponsors and some have said they are going to give their prize in 5 days. The list of sponsors (and their reputation) is of a good quality and I believe I would never have a problem with them. So just give me another week for releasing your prize. 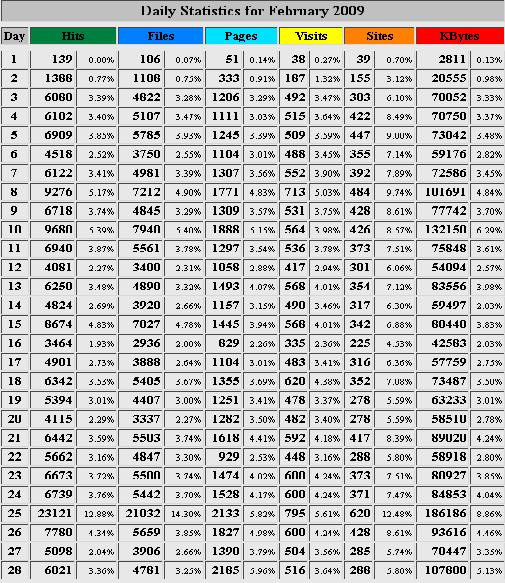 The price rates on advertising on this blog have never increased for a while. So know I’m planning to increase it. The traffic of the blog has drastically increased as well as its readership for this year so starting wednesday night the new price rates would be in effect and here they are:

A lot of people are telling to increase my rates even early this year but I just decided I would do it this wednesday. So if you’re promoting something and feel my blog’s niche suits it, then advertise now, before it increases…

Ok if you have been following this blog, you will notice I have not been doing much of the mainstream link-love. One reason is that I just don’t like doing it. But one thing I’ve learned about doing link love is that its just helpful for readers as well. In my own experience reading  link love posts, it’s helpful for me in a sense that it actually lets me discover new blogs with great content. Basically you really don’t know all helpful blogs and you’ll also never know a post that probably can struck you the most so reading those kinds of posts helps me find great content sites that I don’t actually know or haven’t read yet.

For my version of the best posts of the week from the blogosphere:

Those are the top posts of the week. So for the top commentators last month, I had a surprise for you. 😉 Actually its not a surprise. Before I really give incentives to top commentators but I guess it requires a lot from me so I decided to give it a break. The guys here will get a free text link on this site for one month which ideally costs $5. (shoot me a private message) Here they are:

The January month was a great month for the blog growing with over 6000 uniques and over 20000 pageviews. The feed count also got a spike. In case you just missed reading this blog for the whole month of January, I would like to say that there is an ongoing contest happening here with over $700 in real prizes. There are considerable entries but hey there would be 18 winners and you might not want to see an agressive guy getting it all, right?

So being busy for almost the whole week and coming weeks to come(search for the word busy in this blog, and you’ll find a ton), I have to do the link love that most people do. Btw, just want to say the comment rewards would be inactive at least for a short month as I was looking for a more eye-popping prizes. So Stay tuned! Also I was very happy to have sponsors for this blog that have booked long term!

For the best post that I have seen and bookmarked, here they are:

The perfectionism thing is a great read. When I have read the title I was about to contracdict it and when I read the content I suddenly agreed with it. 😉 Shoemoney’s most commented post that week is an eye-opener. Just because guys like him who never finished college  became succesful, all of a sudden everyone wants to quit going to school and start making money online, which again I say is not for everyone. The Why do you blog question is popular these days and its interesting to see what are people’s take with it. Mr. Cooper talks about the importance of design. It’s so true that because everything has become a 2.0, design seems to be an important factor(very important) for getting viral.

For this coming week, I have a lot of unique ideas that can surely piss you out. 😉 I have prepared some posts that will break your neck make an emphasis on reality rather than what most people say. 🙂 So again stay tuned and make sure you are not subscribed to my feed