It’s a fact that Google+ is evolving with time and is slowly becoming an integral part of any business’s online reputation and subsequent sales. It makes your Google+ business page really important, since it reflects the online reputation of your brand.

If you’re not making the most out of your Google+ page, then you’re definitely leaving money on the table – money that you could put in the highest interest rate savings account and increase your overall earnings.

Advantages of a Google+ Business Page

How to Market Your Business with Google+

Creating a Google+ business page is one thing, but marketing your business effectively using it is something else. Unless and until you’re doing your best to market it well, you won’t see results. Here are some ideas to go with:

Remember, Google+ is not just another social network. It’s a revolution in itself, which is lead by search engine giant. So if you want your business to grow online, then see to it that you’re taking full advantage of Google Plus. 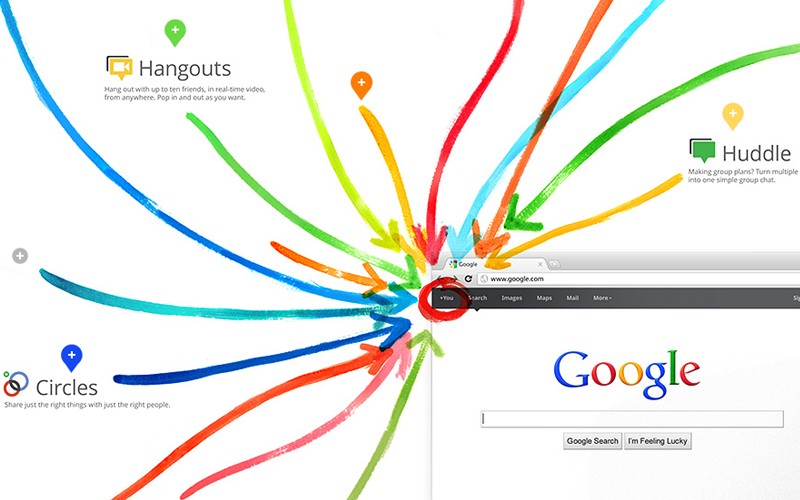 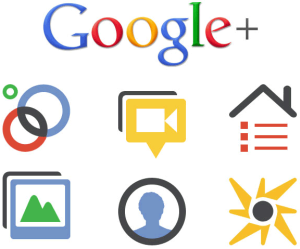 Google Plus was launched last June 28 although it was just like a week after before i got aware of it. Truth is it was just this Saturday that I got an account with it thanks to a very very beautiful lady named Pao (she gave me an invite).  So I started using it and exploring it and quite frankly, its confusing. I mean just imagine how its so different coming from a platform like Facebook and then moving on to Google Plus and then thinking it just works like Facebook.

Anyway here’s my Google Plus account and you’re free to add me up if you think I deserve it. 😉 As of writing this blog entry, its already my fourth day using Google+ and I can definitely see its potential and how its so different from Facebook and Twitter as far as usability and worthiness are concern, yet they’re on the same plate when talking about ease of use. I see it as a combination of Facebook and Twitter plus LinkedIn. You can pretty much imagine it as something like Facebook yet with a professional ‘semi-corporate’ touch. With that, I don’t really see myself posting as often as I do on Twitter/Facebook as with Google Plus.

Google Plus for Internet Marketers

Well a lot of marketers and bloggers have already expressed their thoughts on how they can use Google Plus to market more and tap into a more “confined” audience. I would say I can’t agree no more.

Google Plus made it a lot easier to connect to the right people/demographics with the use of circles w/c is basically just like groups. The idea is that when you add people, you are allowed to place them inside these circles. So if 10 of these people are family members, then obviously I would place them inside the family circle and so on for the other groups.

With this you can ‘segment’ people that you are following and are following you and then share to them accordingly. Let’s say I’m voicing in something about internet marketing or a make money online tip, then what I will do is simply just allow people in that ‘circle’ to see it. The same way when you go personal and you don’t want your customers to see what you’re violent ramblings are. Now bare in mind that this is possible to when using Facebook, only that Google Plus has done a good job making this feature much more intuitive.

With that in mind, I’m seeing this tool as something that could potentially be in the same level as emails as far as marketing is concern. Because I feel that right now we’re getting into this point that a lot of people are getting more and more tired of the ‘usual’ marketing stuff and that they’re slowly tuning it out.

So does that mean Google Plus will be a good way to tap into a slightly different way to reach out and market to people? Absolutely! What’s remains unseen is how effective and worthy it could be since right now Google themselves are limiting people who can join and obviously they’re not gonna let marketers take over Google Plus. Google’s definitely not the easiest company to game with.

That’s my take with Google Plus and how it could impact us overall. How about you, what do you think of it? Perhaps, it might be a better idea to add me to Google Plus so I can test it out thoroughly and then let you know my findings. 🙂

Just woke up this morning and well upon looking at the toolbar of my firefox, it stated that I got a pr0 rankings anew. I immediately head on to my SEOMOZ account and indeed my blog has became a pr0 just a couple of hours ago..

Let’s face it the pagerank on toolbars is something a lot of people building links are always looking at. Although, it doesn’t make much sense and the real PR algo is what counts, it still makes sense to have a fair overall ranking. Back to the PR update, its strange because I have never done any paid post and all links and banners ads here are nofollowed so I’m not passing the PR juice. I don’t think I have done black hat link building stuffs or so… Hmm. what do you think?

Well well well, another busy weekend anew with all the studies and all the responsibilities being an officer of the computer organization of our university. But well at the end of the week I have pretty some great news for myself. Well the PR update who has long been speculating has already took place. This blog has now a page rank of 2 (though it deserves more of a pr 3) and my basketball blog who has been slapped before because of selling do follow links is also back with it’s pagerank. My rival Alkorani got a pr3 and most of us in the blog premiere got a pr2. Not bad for not promoting too much.

I always believe that the algo of page rank isn’t the same as before. Before it is so damn easy to get a pr. Link exchange there, reaching top commentators, commenting on dofollow blogs. I can say it’s now different. Although you can still get some value there, it isn’t like before. That’s why I don’t believe on what Tnx.net is saying about gaining pagerank points. As search engine marketers become smarter, so as Google. Google has distinguished valuable dofollow pr’s from not. The “in” thing for getting tons of backlinks and pr is try making a widget for your site and distribute it around your community.

The last thing is that I am looking for a Chief financing officer. Well we are running a company based here on Philippines about freelancing and SEO. It has been planned since January and although looks like everything is set, we are still going to wait for next year to launch. We are preparing so hard for it and we do hope everything will work out fine. I also look for some coders but i think DP has a lot of that. You can directly contact me if you know one

Well everyone knows that Alexa is useless, even me. But still I feel a little (just a little) elated when I saw my Alexa going down from over 2,600,000 to 1,600,000 which is a great spike. Heck I don’t even use social media marketing yet…

Yet another busy day for me…

Well going back when this blog was born, one of the things I have planned is to experiment on different stuffs. So the first thing that I did was not to optimize my site for search engines and see if the traffic can still have its way. Basically, at first I don’t really feel optimizing this site much for SE because it’s a personal one and besides I know people will somehow get here. I even remember someone saying “SEO your site dude”. Of course I understand that I must make the most of search engines.

Looking to my Analytics, I saw that the blog had over 800 page views and a very high bounce rate and NO traffic from Search Engines. So what I did last week was tweak my site for search engines. I didn’t really do it fullblast, as I’ve said i’m in the testing mode. This week I was surprised to see that there was a small spike on traffic from search engines. The 0% before turned to 6%. It only means that optimizing really works and it works for the good of your site.

I have seen several blogs with great contents not optimizing their site and I don’t really have anything against them. Who knows they might just be testing the waters too! For those people who do not know it, it’s not really hard actually. You just need to read and usually it’s easier than what most people think. Google loves WordPress blogs a lot and having a wordpress site is a great booster whatever projects you may have. Joost De Valk has written a very very very great guide on WordPress SEO.

How about you? Have you completely optimized your site already? Did you SEO it?