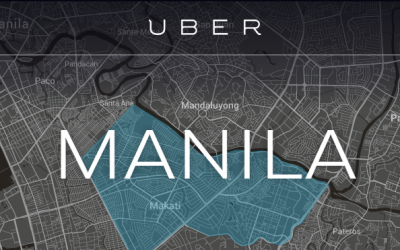 There is absolutely no way a typical cab can compete with an Uber car (or similar technology).  Uber cars can’t be more contrasting than local cabs/taxis here. Uber cars are more comfortable as they’re usually newer while more than 70% of cabs are old, stinky and oven-hot inside due to malfunctioning airconditioning system. That’s just one of the many advantages and on top of all of that, you also spend LESS money riding an Uber car than cabs! Anyone who has a sane mind would never consider cabs over Uber cars unless of course there’s no Uber car to be found.

Now putting myself on the other side of the fence, I immediately thought initially that since Uber technically charges less than cabs then that means Uber drivers or operators make less money than their counterparts. We all know by now that it’s not the case thanks to benefits and incentives that Uber provides drivers/operators if they hassle and work their ass off in getting as many passengers for a certain period of time. Basically a hardworking and smart Uber driver can really reap some serious benefits as oppose to one who’s just slacking off.

I have a couple of friends, and a colleague who started doing this Uber thingy recently as an operator. Prior to that I’ve been already hearing lots of fuzz about the amount of money one can potentially make with Uber mainly due to their benefits and incentives. But it wasn’t until I got some first month numbers from a friend and a colleague that I started seriously considering diving into this business.

Long story short, I have convinced myself to dive into this and have done extensive work with plans and strategies already. As of this writing, I have submitted papers already and my car application is in the works.

Do keep in mind that I never had a car myself ever so this would be my very first car even though I will never get to use it if it does well with the business. I am also considering this as my first venture into business by myself as I never really got into anything before. Yes I did spend some money on my parents’ own ventures but I don’t really consider those as one as they were never mine. Neither did I have any input nor was I interested in suggesting some. I also did a lot of online stuff in the past but I don’t consider them the same as this.

So wish me luck but the first hurdle is being able to get my car application approved. Because it’s only then that I could proceed and do the other 99% of work needed before I could begin. After all there’s more wishing of luck to do for me so I hope you’re generous enough to provide that.