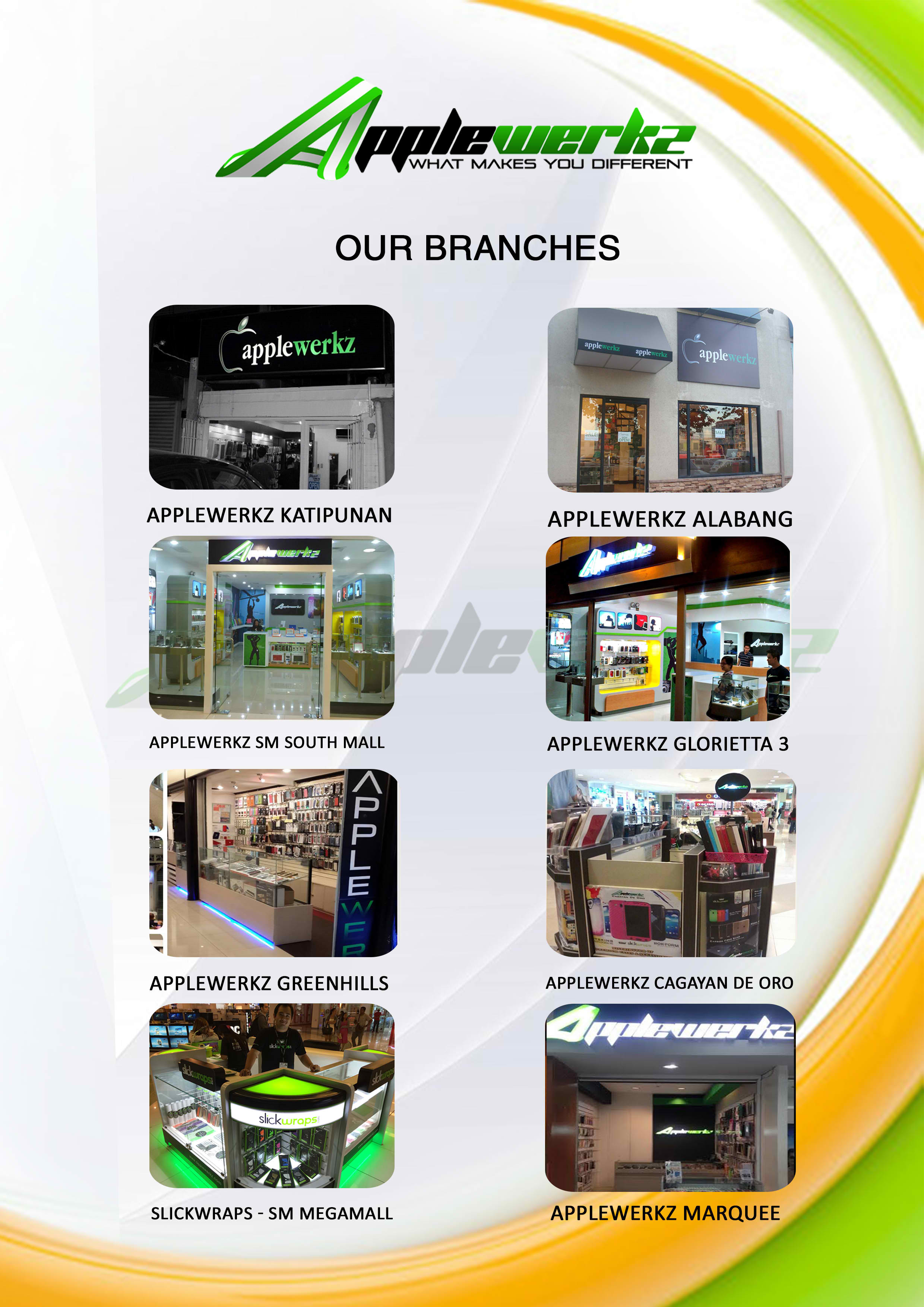 A company named Applewerkz reached out to me and asked me if I’m interested in getting some mobile items such as a premium case, screen protector and slick wraps for free. As I love free stuff like we all do, I accepted their offer in exchange for a review of the products that will be sent to me.

Here’s a brief background on Applewerkz. They are a company that specializes indistribution of retail cases and accessories for popular mobile brands such as Apple, Sony, Samsung, Blackberry, HTC and etc. They are based here in Philippinesbut they have an office in the US as well. Very nice.

They carry products from top mobile phone accessory brands such as Slickwraps, Spigen-SGP, Zenus, Dracodesign, ElementCase and etc. I was surprised that they have a lot of branch in the country as shown below: 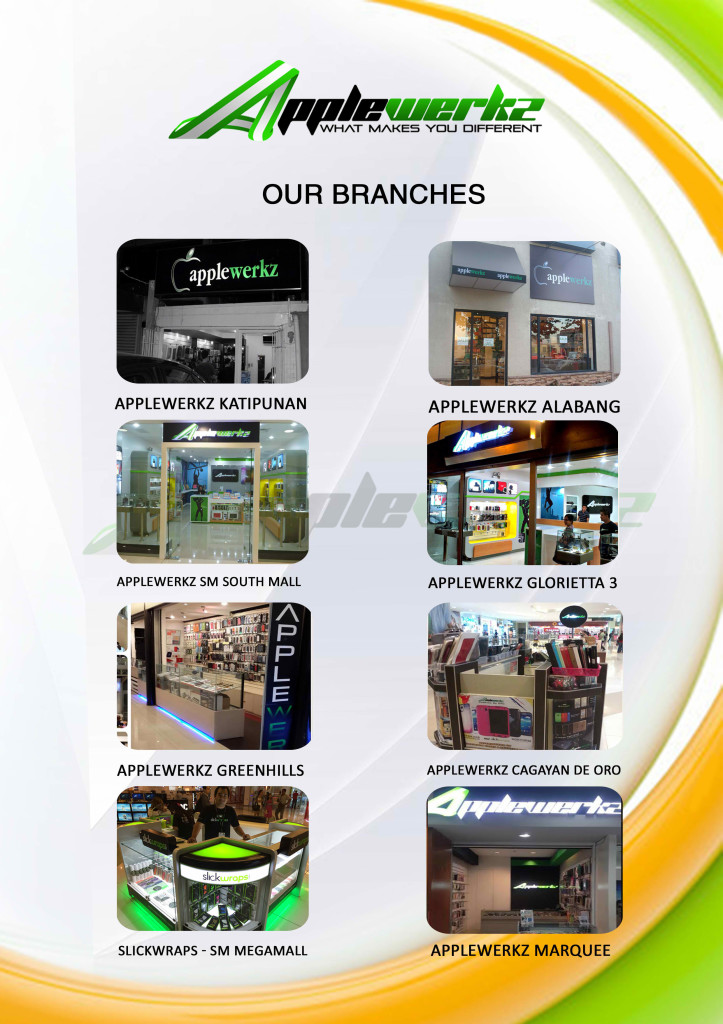 I received three products from them namely the Spigen Neo-hybrid protective case, the A&C Nanoshield screen protector and a full body wrap from Slickwraps. 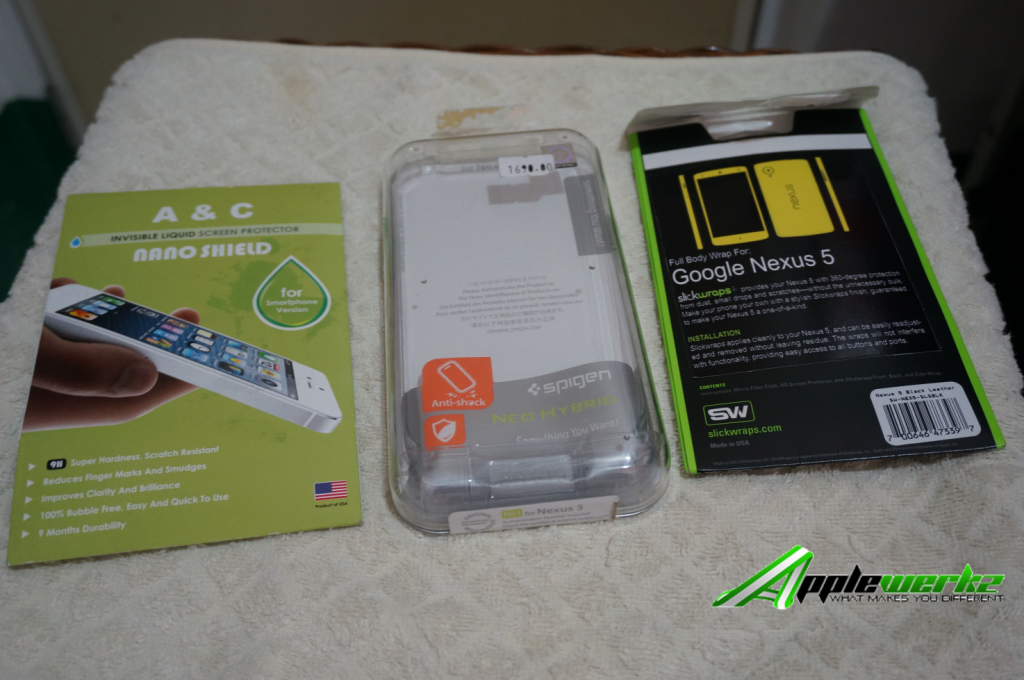 Prior to getting these, I would say I’m not the type of person that buys accessories for my mobile phone as I mostly use it as it is. I find buying phone accessories not necessary as it just complicates your phone and make it more bulky. While I was opening the package I realized that the tradeoff in most cases is worth it and I became more excited with the products.

The first one that I opened is the Spigen Neo-Hybrid case since it’s the most noticeable among the three.

I heard about Spigen a couple of times before and knew they were making protective cases. When I put in the neo-hybrid case, I was initially astounded with how big my Nexus 5 became considering it’s a thin phone.  After getting used to it, I started liking how my phone is more secure than ever with this premium case. 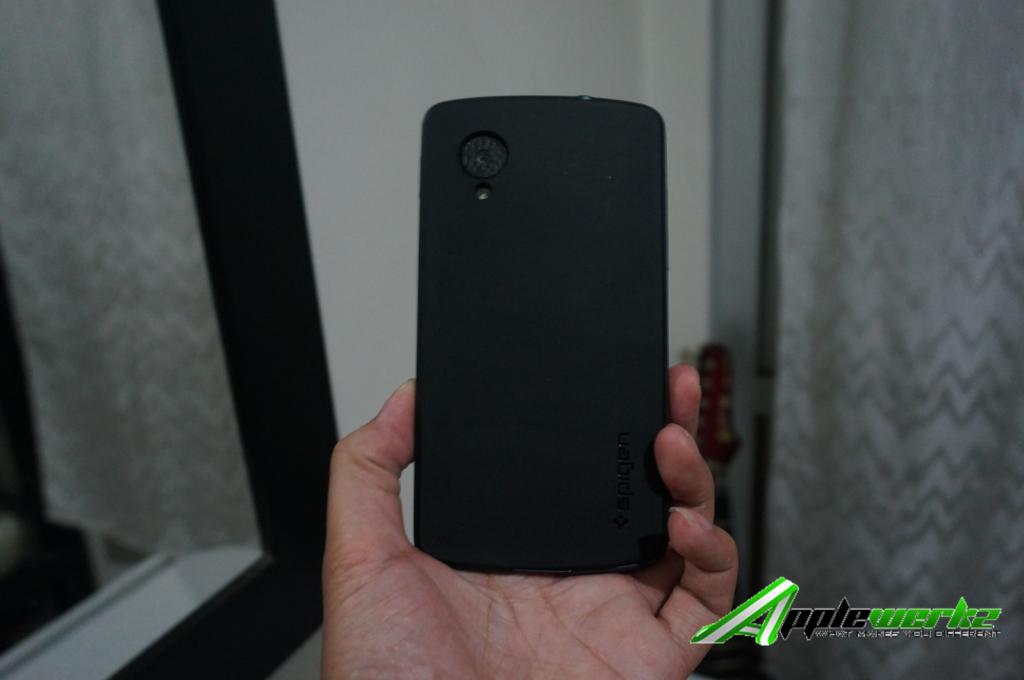 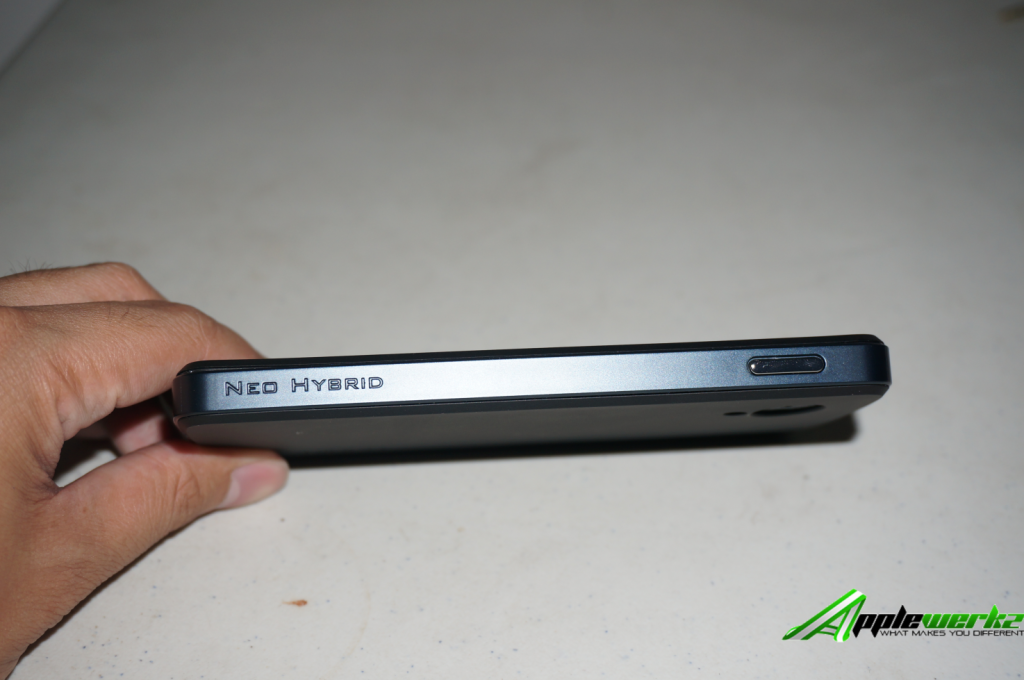 The premium case from Spigen has an enhanced shock-absorption which means it will protect your phone more in case you drop it or it hits something hard.

What’s tricky with the Spigen case is that once you put your phone in, you will have a very hard time removing it and reading some articles online, it seems to be the general consensus among the public. I’m not sure if the case is meant to be removed occasionally but keep in mind that doing so is not an easy task.

Basically, they have this “nano-shield” solution that you will rub into your phone’s screen & then once it dries up, you already have the invisible screen protector applied.

What does this do? According to the packaging, it makes the screen scratch resistant, it reduces finger marks and smudges and it improves clarity and brilliance. Quite frankly, most modern phone these days are scratch-resistant already so using this one is perhaps not needed.

I also didn’t feel it reduces my finger marks but I felt that it improved the clarity of my screen slightly. Overall, I didn’t feel this nanosolution is really needed however for those who own phones that are a bit old, then this solution might help you out.

Finally, we have the popular Slickwraps. It’s a custom skin that is multipurpose. One purpose is to provide a pleasing aesthetic look to your mobile phone and the other one is to protect your phone from dust and other substances.

I wasn’t really excited seeing it as it looked nothing but a sticker to me (which it is) and in fact I thought of not putting it at all.  However a colleague convinced me to put it and upon fully putting it, I started liking how it complemented by Nexus 5 phone 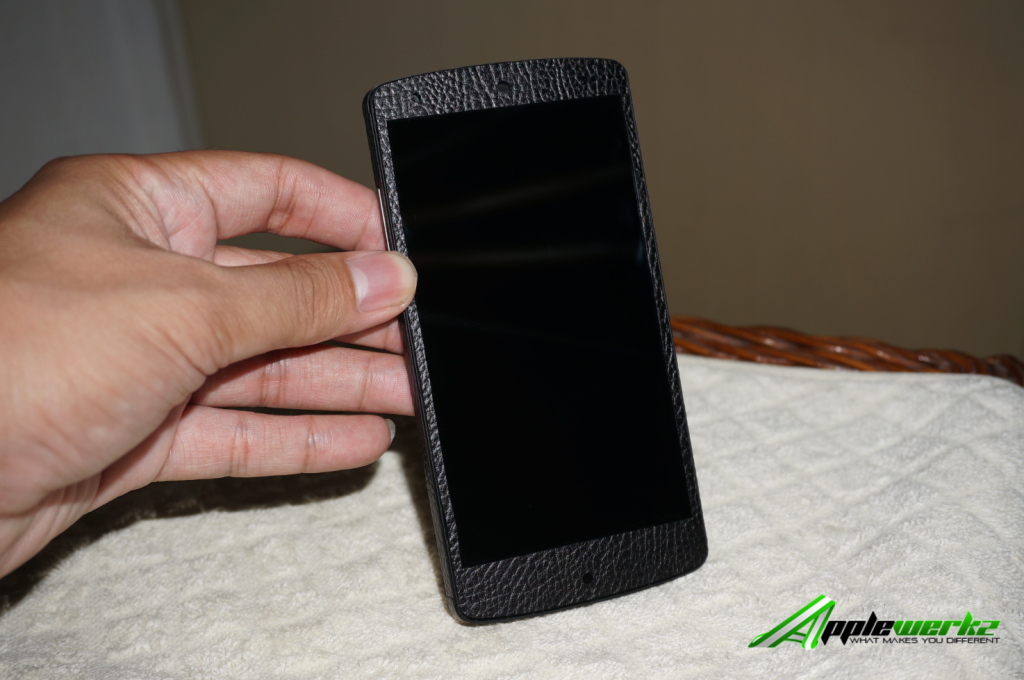 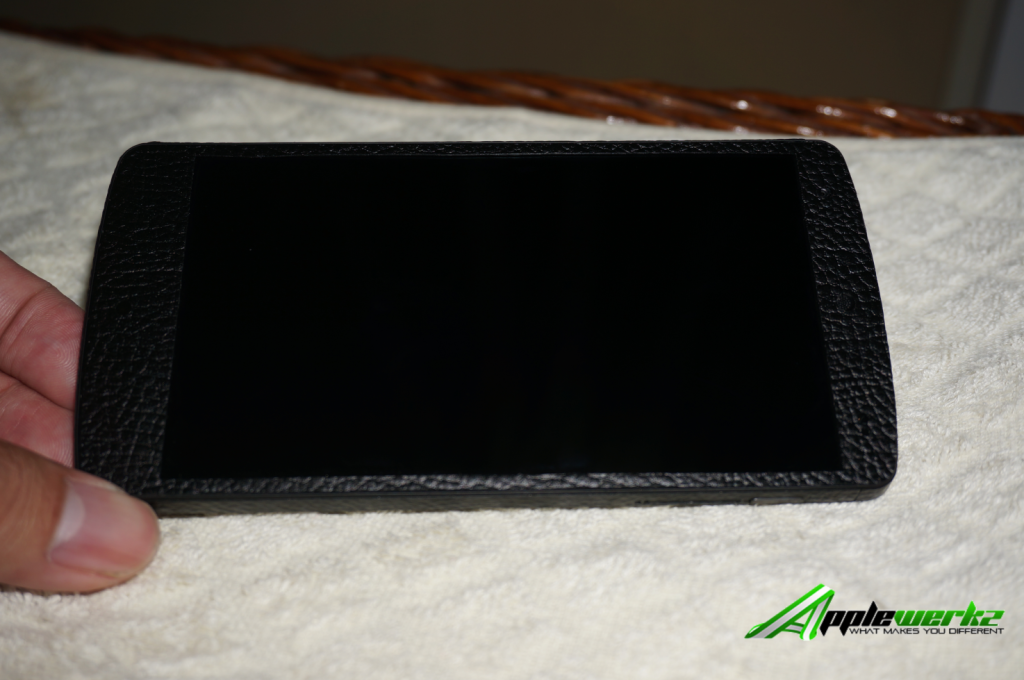 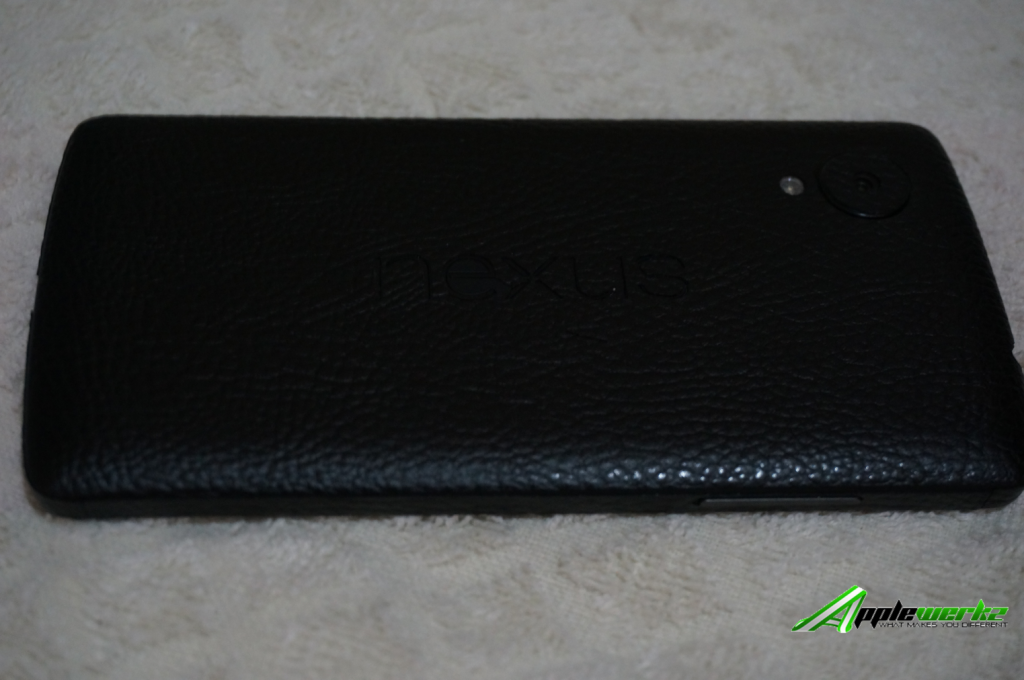 The one sent to me has this “leather-like” look and my colleagues were easily impressed with how great it matched. I guess Slickwraps really makes your phone look slick after all.

After putting it, I then became interested on its design variants and I started looking on it through its own website. To be honest, I liked how a lot of them look and I might purchase some more in the distant future.

Overall, I was quite happy with receiving these three items from Applewerkz. While the neo-hybrid case and Slickwrap seem redundant since the former essentially makes the latter unseen, I would say they’re both good for their intended purpose. It’s also quite amazing that Applewerkz is selling these popular brands which means instead of finding a local dealer or settling for a substandard alternative, you can just go to your nearest Applewerkz store and get it from there.

Make sure to visit the nearest Applewerkz store and see what they’ve got for you.