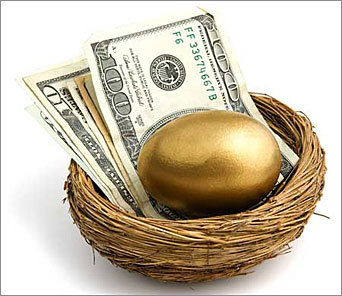 Been a long time since I’ve done a post here in my blog w/c does have some sort kind of a personal touch. Lately I made a commitment to really take the blog to the higher level by actually posting definitive types of articles and guides. As you may recently notice here, there were really some very wordy posts here that provides very good quality for my audience.

I want to take a break on that and want to focus on this post about… my life. Yes, my life. Not very many of you know that last May, I graduated with a degree of Computer Science. Even before graduation I was really looking for jobs. I actually applied on a very popular bank here for a computer programmer’s position but eventually failed the 5th step of the process. I also applied on some several other IT firms but haven’t yet gotten any confirmation. Ironically some of the companies like Accenture and etc. surprised me because of their very low entry level pay w/c had me backing out. Oh well.

Anyways back to the topic. I usually get asked with the question “do I really need it? why not just ramped up my effort in what Im doing online?” I don’t know but I think people don’t really understand the reality and the situation.

We, people who make money online usually are fascinated with the fact that the internet has enormous opportunity and it’s totally true. We also see a lot of those success stories wherein “John decided to make his internet efforts full time and eventually he succeeded”. In fact, guys like Darren Rowse, David Risley and many others took that path and were huge figures right now in the blogosphere. But the thing is when people fail doing this, they are usually left unnoticed.

The reality is that almost all people who decide not to take a real world job usually fail doing things online. That’s the truth. We can talk about mindset problems here, or lack of strategies or many other more geeky stuffs but the bottom line is, it’s hard. There’s a very thin line between people living off the internet dream and having a real world job.

Aside from the question above, my friends usually ask me “aren’t you making enough?” This question really is a funny question for me. My answer is yes and no. Yes, because I’m a bachelor right now. I don’t have a wife (heck Im 20 yrs old!), I don’t need to pay anything besides my internet (yes I pay for it) and my food. On the other side, the answer is no because I’m the eldest of the family.

I know you will say, “whats the relation with that?” I don’t know about you but basically here in my country, if you’re the eldest then you have tons of responsibilities in your shoulders. As I’ve stated many times before, we’re not a rich family. My dad is a seaman and my mom has a small store business here in Philippines. I know they’re not getting any younger so it’s time for me to help out and maybe 5-10 years from now, I may have to earn what they are earning from now.

For me I think I’m doing good in the internet but still not enough to call it a living from the internet. This blog is doing good financially, some other sites do well too. I also am a paid writer on some of the popular sports websites. I used to also make a lot of money with affiliate marketing before I decided to take an hiatus in it because I want a more steady business model.

The problem that comes with that is I invest a lot of money. I have 3-4 designers right now for my bigger projects. I also have a guy working for me full time to write blog articles and I also pay for stuffs like hosting and whatever. It didn’t also help that I inherited that Western Culture in terms of spending money on foods and other royalty stuffs. Eventually it leaves me just enough to enjoy my month off the money I make. That’s going to change though as my responsibilities gets bigger.

The reason why most people work is because of financial security and that’s the path I’m looking at right now. My parents aren’t too high on what Im doing (although they somehow support me all throughout) and even up to now they still don’t get it. They were always on this speculation that I’m doing something scrupulous online and it’s not really something reliable.

I don’t know but I think thats really it. As of this writing I am about to sign a contract with a company for my first job and it’s a mixed feeling. As like many people, I’m looking for financial security and of course coupled with my responsibilities as a the eldest child of my family. I don’t know but I’m a bit worried on how my first job would impact my life, impact my business overall.

Now to you! I know most of the readers here have a real world job. I know you’re doing it and also alloting some part-time effort on blogging or whatever business you may have. Finding a career (the more elegant term for job) is the path I’ve gone into. It’s the better decision or maybe its not but one thing is for sure, it’s the realistic demand of life. Any insightful tips that you can give to me or any words of wisdom?