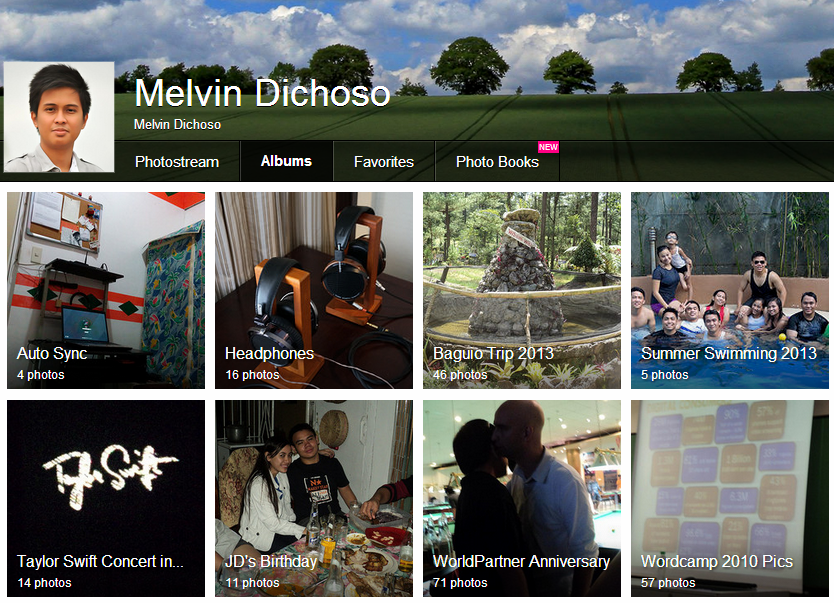 I like writing update type of posts because it’s very casual to write and I can finish it in one sitting. It’s also very spontaneous so there’s not much effort needed here especially if you’re feeling lazy like me. 🙂 Without further ado, here we go.

I wrote about a blog design update post some months ago but still I haven’t finalized everything yet. It’s getting closer though as I have finished putting widgets and modifying some pages. There are some minor kinks in this theme that I’m hoping to fix soon.

The logo isn’t still there but I do hope I can have it before the month ends. Also, this theme has a wide header below the main content area and I wanted to customize so it looks really good. I haven’t decided yet on what to put but I have so far experimented with putting some of the pictures I’ve taken myself as a filler. I want to have an image header that is as personal as possible but I don’t want to be too vain by showing pictures of myself. 🙂

Nevertheless, I searched for sites that are using the same theme and found this blog. Let’s say I want my header graphic to be kind of the same as hers.

I didn’t really waste time since I wrote my thoughts on storing photos online. The commenter Jem has corrected me in that Flickr actually allows 1 TB worth of photo which is more than adequate for my needs. They don’t seem to be reducing the resolution of my photos as well.

This is kinda offtopic and offline but I started a project for redesigning and reorganizing my room. This will be very hard to do because a). my room is very small to begin with, b). I need to spend lots of money to make it better.

The second reason is related to me living in my parents house. What that means is most of the schemes, colors and whatnot are standard for our whole house and there’s not much that I can change here. Well changing our house too much is not feasible at all either.

I’m still in my early 20’s (well 24 to be exact) but I should perhaps start having a plan for moving out and live on my own.

The first is PricePanda which is a service that compares the best prices for each products. I’ve used them plenty of times before and I discovered through actually just Googling the actual products. Check them out as they’re a heck of a useful website for finding and buying stuff online

They’ve done a great guest post on the Evolution of Smartphones so make sure to read the article in case you haven’t done it yet.  They also have a banner ad on the sidebar that I gave to them.

The second one is Zalora Philippines which is some kind of an online service for shopping clothes, shoes, accessories and anything that is related to looking good and fashionable. I also have used them before and even suggested them to my friends.

Zalora was kind enough to give me a gift certificate in exchange for our mini collaboration. The lady I’m in contact with was very kind and accommodating. But it was the service that is really impressive.

I ordered stuff from them through the certificate that they gave me and the orders arrived in less than 24 hours which was amazing. Throughout the process their staff have been helpful to all my inquiries and nagging questions. 🙂

Look out for more future collaborations between this blog and Zalora. 🙂

During my hiatus, it was the guest posts that kept this blog alive and now I would like to announce that I’m accepting them again. But for a difference, I’ll be more strict this time. The article obviously has to be top-notch but at the same time I am only allowing up to 3 links and the links have to be relevant otherwise, they would only be placed on the poster’s signature and nowhere else.

I tried the model where users would register and do their own guest posts from the WordPress backend. That didn’t work too well as I was overwhelmed with spammy guest content from users. So instead you can submit your guest posts the old fashioned way which is through the contact form.

So that’s it for the updates! 😉